Rare Book Cafe returns to the air December 3 at 2:30 pm with a hot program of Florida authors for a world of listeners in wintry climes!

Sponsored by the Florida Antiquarian Book Fair, Rare Book Cafe can be seen on the Book Fair blog and on the Cafe’s Facebook page.

If you’d like to join us in the virtual studio audience on Google Hangouts, email us at rarebookcafe@gmail for an entry code!

Here’s the rundown on the guests: 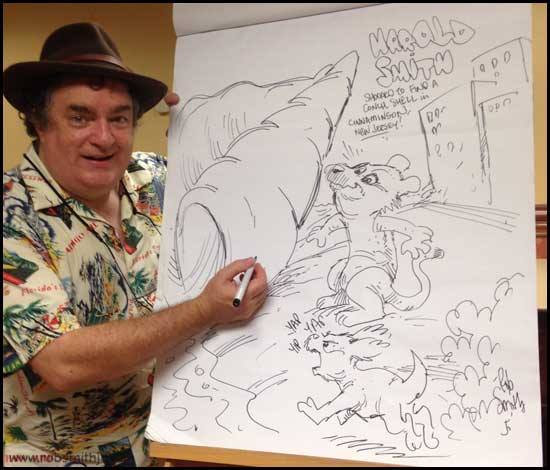 -Born in Orlando, Florida, Rob Smith Jr started drawing caricatures at theme parks while still in high school. He attended the Ringling School of Art in Sarasota, Florida, the Joe Kubert School of Cartoon and Graphic Art in Dover, New Jersey, and Rollins College in Orlando.

Hired in 1985 as a draftsman and artist for the City of Orlando by Jeff Parker- who went on to work with Mike Peters on the Mother Goose and Grimm syndicated comic- Smith contributed editorial cartoons to the Winter Park, Florida Observer and did caricature work at places like Walt Disney World and Gatorland.
Smith joined the National Cartoonists Society in 1995. He has also been a member of the American Association of Editorial Cartoonists.
His editorial cartoons are conservative in tone and focus on social issues as well as politics.Smith drew syndicated editorial cartoons for DBR Media and a weekly cartoon for the Glenn Beck Program. His work has been recognized with awards from the Florida Press Association.Smith currently contributes editorial cartoons to various sources, including the Glenn Beck Program, the late Phyllis Schlafly’s Eagle Forum, and various other conservative websites.
He created Swampy's Florida in 2005 with a focus on Florida history and travel. There are currently 15 Swampy's Florida books, 54 prints, 17 greeting cards and 2 DVDs. His website gives a colorful example of the range of his work. 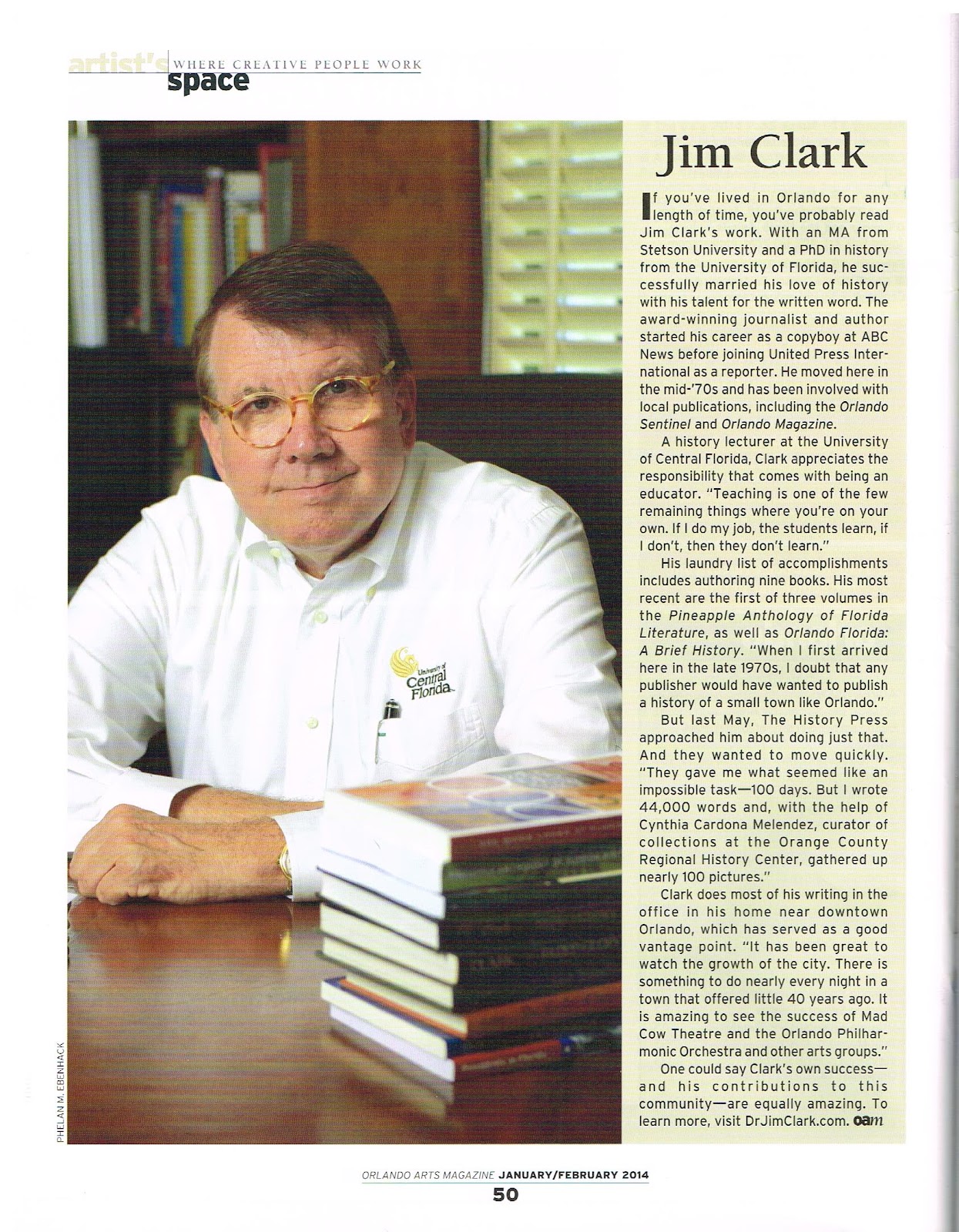 -Dr Jim Clark was born in Washington, D.C. He began his journalism career with ABC News in Washington as a copyboy before joining United Press International as a reporter. He worked for the Columbia (S.C.) Record, Tampa Tribune, Orlando Sentinel, Raleigh News & Observer and for the Associated Press in Charlotte and Philadelphia. He has been honored with the George Polk Award, numerous awards from the Florida Society of Newspaper Editors, The Gerald Loeb Award and the Sigma Delta Chi Award.

He is a graduate of Lenoir-Rhyne College, received his M.A. from Stetson University and holds a doctorate from the University of Florida. He joined the history faculty at the University of Central Florida in 1987. Clark has written for The Washington Post, Washington Star, Washington Monthly, The Nation, and Miami Herald. His six books range from a history of the 1950 US Senate race to an account of US Presidents in Florida; a history of the state and the city of Orlando; and two volumes of work by Florida writers for which he was editor.

Starting its second series, Rare Book Cafe is hosted by longtime Miami book dealer and appraiser Steven Eisenstein, who rushes to join us every Saturday after finishing Bucks on the Bookshelf, his weekly program on wdbfradio.com. Regular co-hosts include Thorne Donnelly, owner of Liberty Book Store in West Palm Beach, and Lindsay Thompson, owner of Henry Bemis Books in Charlotte, North Carolina. T. Allan Smith is the program’s creator and executive producer. You can see the program live from 2:30 to 3:30 pm EST, and on demand, on the Florida Antiquarian Book Fair’s blog, as well as Rare Book Cafe’s Facebook page.