April 7 on Rare Book Cafe: not one but two fascinating guests!

It’s a crowded and entertaining week Saturday on Rare Book Cafe, with not one, but two, of our favorite guests! 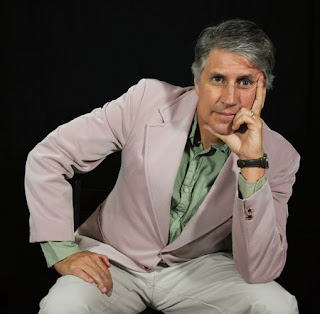 Lee Irby, who moonlights as a history professor at Florida’s Eckerd College, is the author of Unreliable, his 2017 hit novel:

Edwin Stith, a failed novelist and college writing instructor in upstate New York, is returning home for the weekend to Richmond, Virginia, to celebrate his mother’s wedding—to a much younger man. Edwin has a peculiar relationship with the truth. He is a liar who is brutally honest. He may or may not be sleeping with his students, he may or may not be getting fired, and he may or may not have killed his ex-wife, a lover, and his brand-new stepsister.

Stith’s dysfunctional homecoming leads him deep into a morass of long-gestating secrets and dangers, of old-flames still burning strong and new passions ready to consume everything he holds dear. But family dysfunction is only eclipsed by Edwin’s own, leading to profound suspense and utter hilarity. Lee Irby has crafted a sizzling modern classic of dark urges, lies, and secrets that harks back to the unsettling obsessions of Edgar Allan Poe—with a masterful ending that will have you thinking for days.

Unreliable is Irby’s fourth book. His first, 7,000 Clams (2005) and its sequel, The Up and Up (both were published by Doubleday) centers on the quirks of Florida's history, the interplay of natural beauty and rampant corruption and violence that marked the Sunshine State in the 1920s.

Indeed, in a story in the Eckerd College student paper  highlighted those crosscurrents:


The interactions between people and the environment in Florida are a passion of Visiting Assistant Professor of History Lee Irby. He teaches classes such as Florida’s Fragile Environment and Florida History to highlight key Floridian environmental issues. He feels the phosphorus levels in Lake Okeechobee is one of the biggest concerns...

Irby echoes nature writer and Everglades conservationist Marjory Stoneman Douglas’ words that “the Everglades is a test. If we pass, we may get to keep the planet”... “The ecosystem of the Everglades just doesn't reflect Florida history — it is Florida history, because the natural Glades took up the bottom 40 percent of the state,” Irby said. “The Everglades is dying a slow death, despite the efforts of well-meaning people, because the lifestyle of development and tourism will never mesh with what the Glades needs, which is clean, free-flowing water.”

Of himself, the author writes, “Irby was born in Richmond, Virginia, in 1963. He graduated from the University of Virginia in 1986 with degrees in English and History. He then set about seeing the world, living in St. Croix, Italy, Mexico, and several major U.S. cities. He came of age in Key West, Florida, where he worked many odd jobs but found his voice as a writer amid the human debris of that island city,” we took him at his word.

But wait! as the late-night Ronco ads used to shout: there’s more! 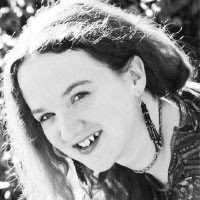 While wired readers load up their iPads, Kindles and Nooks with summer reading, one online marketplace is keeping the pages turning for hardcore bibliophiles. For over 10 years, Asheville-based Biblio.com has connected collectors around the globe with used and rare books, growing to become, by some measures, one of the top-three online used-book sellers.

A year to the day since her last visit, we’re also going to be joined by Amber Shehan, Biblio’s Marketing Coordinator and Book Pixie (they also have a CEO/Quixotist; a COO/Minister of Finance; and a CTO/Recondite Gumshoe), is a bookseller down to the ground. Don’t take out word for it; she said so herself, in a Huffington Post article she called “A Childhood Built on Banned Books.”

In her off hours, Shehan is active in the Asheville theater community and cultivates all things herbal via her blog, Pixie’s Pocket, which offers “recipes, foraging tips, weird homebrews, and other wild kitchen experiments you'd expect from a tipsy fae creature.” Mead, anyone?

Biblio.com, founded in 1993, represents some 5,000 independent book dealers around the world, most recently moving into the Australian and New Zealand marketplace. They count among their business collaborators The Internet Online Booksellers Association, the Association of Antiquarian Booksellers of America, and BookGilt. Some one hundred million books rest in Biblio’s internet inventories.


Rare Book Cafe is streamed every Saturday from 2.30 to 3.30 pm EDT. We feature interviews, panel discussion and stuff you can learn about book collecting whether you are a regular at Sotheby’s or just someone who likes books.