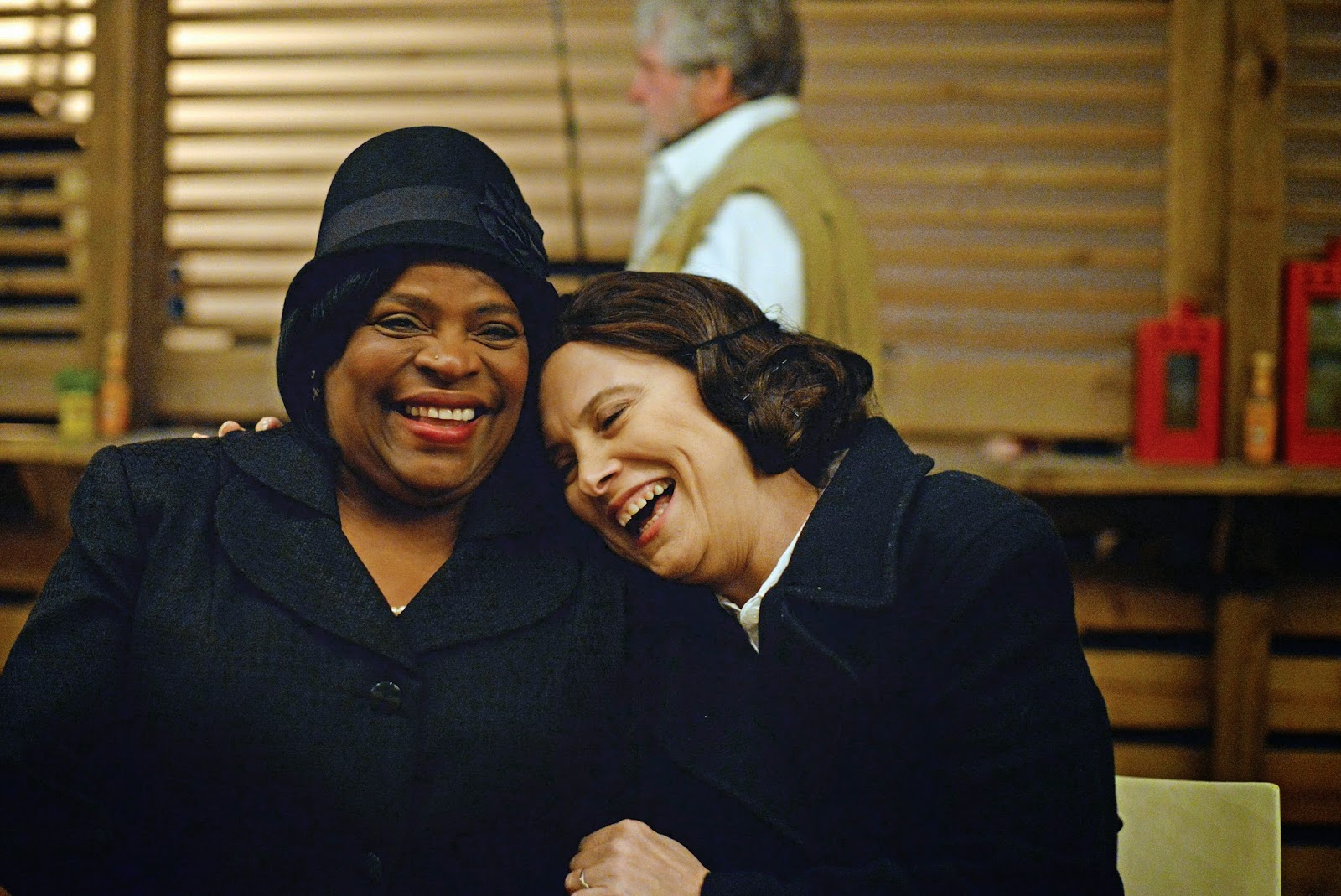 There's an article coming out in the Tampa Bay Times entertainment section this week about the new SunLit Festival, the celebration of literature, reading, and writing that begins on Saturday. It's already online here.

The article by Times Book Editor Colette Bancroft tells a little bit about the origins of the SunLit Festival and features a photograph of two of the actors who are participating in the SunLit Crawl, a pub crawl with literature, on Wednesday, March 11. We're pleased, of course, because we're sponsoring the SunLit Crawl and we think it's going to be great fun for everyone involved.

The two actors, Nyela Hope (Zora Neale Hurston) and Deanna Scott (Marjorie Kinnan Rawlings), are part of the Famous Dead Authors troupe from Venue Theater and Actors Studio, which has been so helpful in putting together the SunLit Crawl. Other members of the cast are Robert Gilligan (Jack Kerouac) and John M. Lowe (Ernest Hemingway). They are ably directed by Corinne Broskette, who heads Venue.

The other group figuring significantly in producing SunLit Crawl is Keep St. Pete Lit, whose president, poet Maureen McDole, believes in the power of literature to change the world. Keep St. Pete Lit works hard to promote and celebrate greater St. Petersburg's literary community. Maureen will serve as host for our first-ever Book Fair Live video program during the book fair. More on that later.

SunLit Crawl will be presented, as we've said, on the Wednesday before the book fair opens in some great downtown venues, some of our favorites, actually. The festivities begin with the Foreword Before Party at Wine Madonna at 6 p.m. Wine Madonna, 111 Second Avenue NE,  is operated by bestselling author Kristine Radish, who received the St. Petersburg Arts Alliance Muse Literary Award this year. Kris promises some literary-themed wines and other surprises.

The party then moves on to the Chapters venues. Genaro Coffee Company, 1047 Central Avenue;  Bodega on Central, 1120 Central Avenue; and Green Bench Brewery, 1133 Baum Avenue N, all in the Edge District. That's where you'll find the actors and readers in their element. Genaro owners Patricia Francati and Preston Johnson offer a marvelous coffee shop setting for jazz concerts and poetry readings. Debbie and George Sayegh, owners of Bodega on Central, wholeheartedly support community activities and are graciously setting aside their covered outdoor patio space for this event. St. Petersburg natives Steven Duffy and Nathan Stonecipher are making the garden area of their popular Green Bench Brewery available for SunLit Crawl. The event is free but we hope everyone attending will purchase food and libations from these great local businesses.

That's where well-known folk impresario Pete Gallagher has put together an impressive program to wind up the SunLit Crawl festivities, including The Florida Boys, the Kelly Green Jazz Band, and the Fabulous St. Petersburg Sea Shanties. Says Peter: "A little known fact is that Kerouac loved sea shanties and referred to them in several books. He always heard sea shanties in the air when he was walking in San Francisco."

Pete Gallagher continues: "Kelly has a song called 'Book of Dreams,' inspired by Kerouac's book of the same title. She and several jazz players will improvise behind the Brad Morewood St. Pete Beat Poets, who will be reading both Kerouac and original works."

It all promises to be a night to remember, and we're happy to be a part of it. We hope to see you there and at the opening night of the Florida Antiquarian Book Fair on Friday.