At the Movies: Rare Book Dealers with dangerous hobbies. 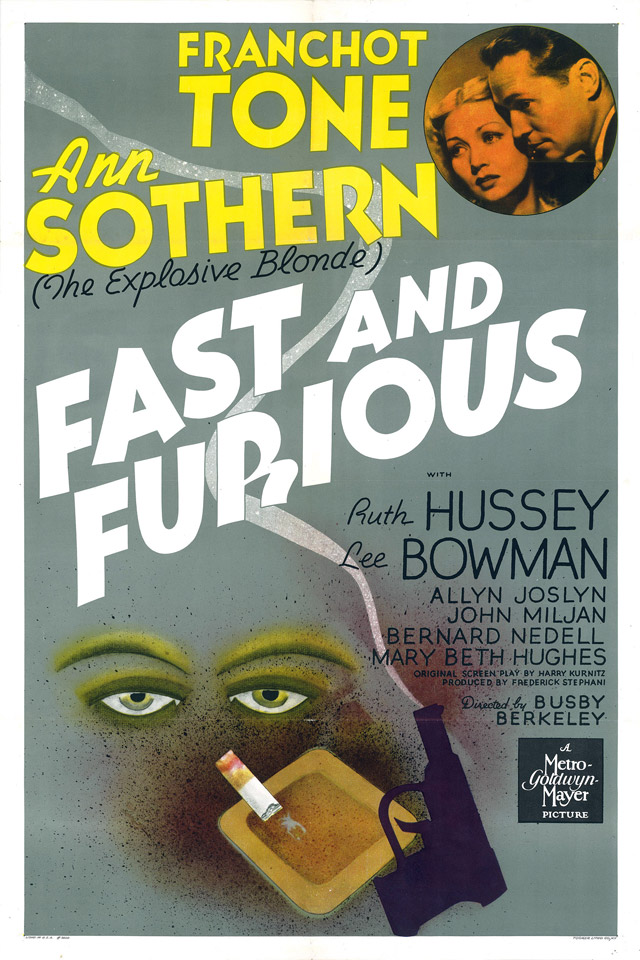 Rare book dealers are to movies what viola players are to orchestras: seldom heard or seen. But TCM suprised us August 8 with a Nick-and-Nora knockoff:

The third and last of a series featuring Joel and Garda Sloane, New York booksellers, Fast and Furious found them sweltering city dwellers decamping to the Jersey shore for a holiday that quickly turned bloody. The New York Times was singularly unimpressed, calling the 1939 feature " "the faintest shadow of The Thin Man–and of two collateral predecessors–is being cast by the little mystery-comedy, now at Loew's Criterion .... Metro seems to be stretching an original idea to infinity–a suspicion which is practically confirmed by the plot .... It is a perfect specimen of unoriginal attenuation .... A couple of murders, a couple of limp comedy situations and an interminable lot of chasing about leading nowhere. Mr. Tone and Miss Sothern banter through it in the manner of third-string substitutes who know that the game is hopelessly lost."

In those days you could knock off a dame, solve the murder, and be home for cocktails, all in 73 minutes. Knowing it was directed by Busby Berkeley, however, kept us wondering when the cast-of-thousands musical finale would break out.
at 11:19 AM