This week on Rare Book Cafe: “I'll follow him to the ends of the earth,' she sobbed. "Yes, darling. But the earth doesn't have any ends. Columbus fixed that.”

And yes, you can collect flat earth books. It really is a thing. Of a history of the cult, Publishers Weekly wrote, "contrary to what most people believe, the ancients knew the world was not flat: “the earth has been widely believed to be a globe since the fifth century B.C.” Only in the 19th century did acceptance of a flat earth spread, promoted largely by biblical literalists. Garwood does an impressive job of comparing those flat-earthers with modern-day creationists. She also makes the case that it’s all but impossible to argue effectively with true believers. Modern believers assert that the space program is a hoax. In 1994, on the 25th anniversary of the first manned landing on the moon, a Washington Post poll estimated that approximately 20 million Americans thought the landing was staged on Earth, underscoring that some outrageous beliefs still hold sway."

Flat earth's take many forms, from a disc atop elephants atop a turtle crawling through the universe, in Sir Terry Pratchett’s 40+ volume Discworld series of novels- 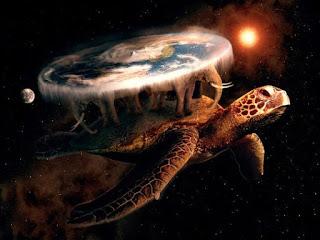 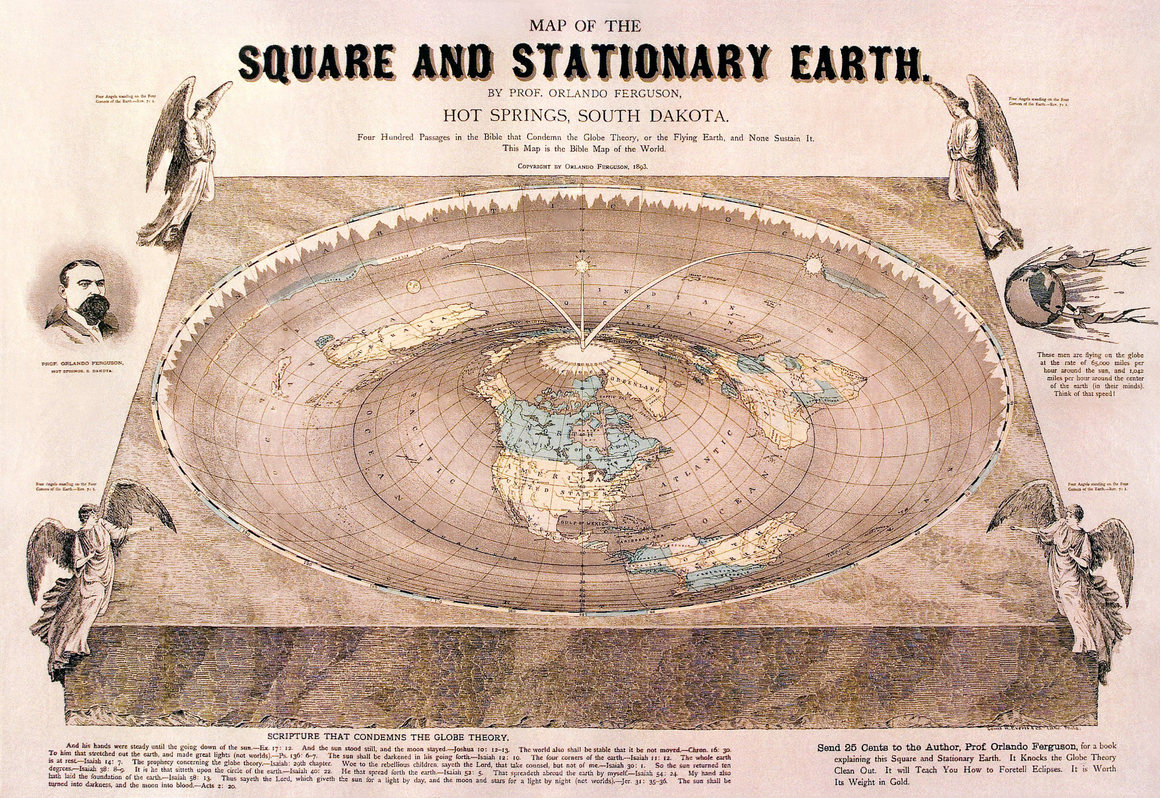 Ferguson’s map survives in only two copies, including the angels who protected Earth the Board Game from ill winds, and demonstrated how the globe couldn’t possibly rotate through space: 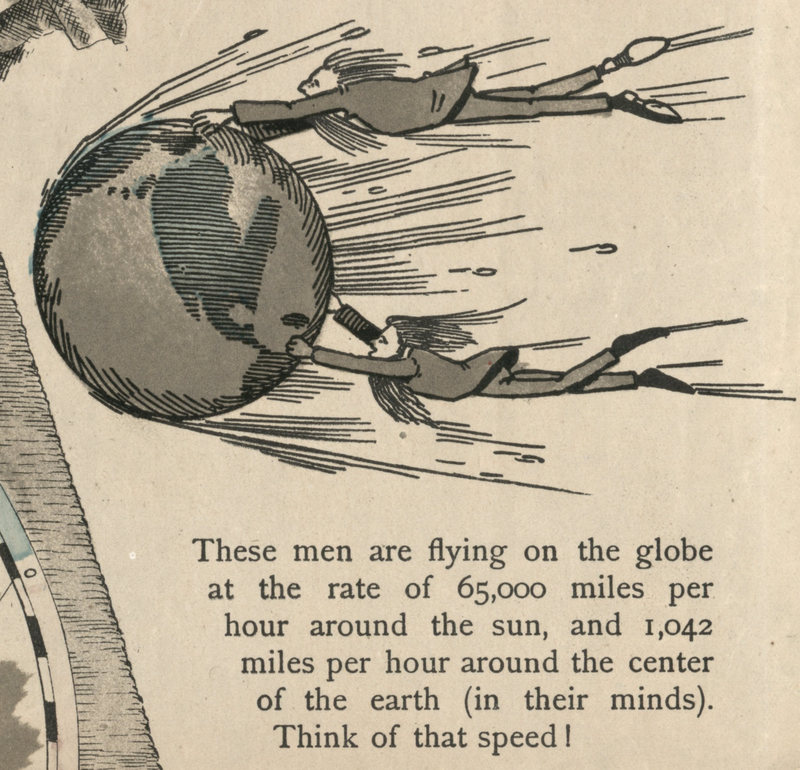 Crackpots are prime territory for collectors: they are as many and varied as the stars in painted in a never-changing night sky. Cafe cohost Thorne Donnelly will take us through the improbable career of Minnesota politico and literary nutcase Ignatius Loyola Donnelly (1831-1901): 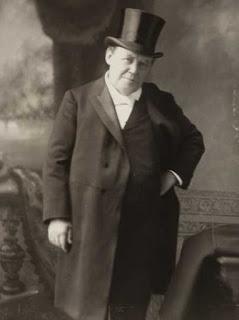 Donnelly founded a utopian community that failed, and during the Civil War rotated through the lieutenant governorship of the new state, Congress, and the state legislature for twenty years. He embraced every major reform movement of the century and was the People’s Party 1900 nominee for VIce President; the ticket lost to President McKinley by 7,150,000 votes.

In between, Donnelly wrote books on a variety of pseudoscience and catastrophism idees fixes like Atlantis and Francis Bacon being the author of Shakespeare’s plays. Our Donnelley recently acquired the late Donnelly’s major works and will show off the grand bindings that encase their utter lack of knowledge!

In the 19th century, though, Donnelly’s ideas made as much sense as much of medical practice. Allison Meier has written,

The era of patent medicine—which stretched from the 17th into the 20th century and was especially prolific in the United States and England—was a response to the shortcomings of medicine at the time, which often relied on questionable treatments like bloodletting and purging. The patent in the name didn’t refer to any government approval, but proprietary concoctions marketed with extreme promises and flamboyant showmanship.Brimming with alcohol, opium, cocaine, and other unregulated substances, it’s no surprise their users felt like the pills and tonics were doing something, even if they became addictive or, worse, fatal. Federal regulations eventually cut off this free trade of drugs, as did exposés like a 1906 issue of Collier’s that depicted the industry as “death’s laboratory” with an illustration of patent medicine being pumped out of a skull flanked by moneybags. Nevertheless, you can still find popular treatments like Sloan’s Liniment and Lydia Pinkham’s Vegetable Compound nestled in the drugstore, survivors from the golden age of quackery. 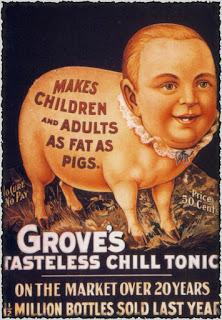 Cohost Kara Accettola has a trove of equally charming- if sometimes lethal- patent medicine promotions from her archives of ephemera to share as our cavalcade of scientific and intellectual cack-handery. And Edie Eisenstein- her miniature book collection retrieved from its undisclosed hurricane retreat- will share some very small books ( and big ideas about them) with us in her weekly visit!

The program’s regular guests include Miami book dealer, appraiser and WDBFRadio.com’s Bucks on the Bookshelf radio show creator Steven Eisenstein, Thorne Donnelley of Liberty Book Store in Palm Beach Gardens, Florida; Lindsay Thompson of Charlotte’s Henry Bemis Books; miniature books expert Edie Eisenstein; ephemera expert Kara Accettola; and program creator/producer T. Allan Smith.We enjoy the support and encouragement of these booksellers: Little Sages Books in Hollywood, Florida; Liberty Books in Palm Beach Gardens; As Time Goes By, in Marion, Alabama; Quill & Brush in Dickerson, Maryland; Lighthouse Books in St. Petersburg; The Ridge Books in Calhoun, Georgia; and Henry Bemis Books in Charlotte. Rare Book Cafe program encourages viewer participation via its interactive features and video: if you've got an interesting book, join the panel and show it to us! If you’d like to ask the team a question or join us in the virtually live studio audience for the program, write us at rarebookcafe@gmail.com.