"I have unclasp'd to thee the book even of my secret soul," and other bookish matters from Shakespeare, this Saturday on Rare Book Cafe! 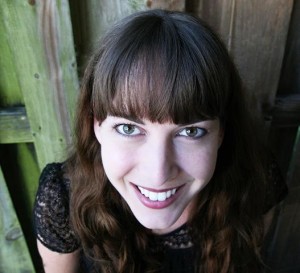 “Veronica Matthews first came to the USFSP campus in 1998 as a host for Project Oceanography, an educational TV program for middle school students, reports the University of South Florida. “She returned in 2002 as a student in the Honors Program, earning a B.A. in English Literature and eventually an M.L.A. in English. As an undergraduate, she received academic merit scholarships, studied Shakespeare at the University of Cambridge in England, and was a nominee for the Anita Cutting Award for Best Honors Thesis for her adaptation of three Shakespeare plays. As a graduate student, she conducted research on thematic connections in Shakespeare and her work was nominated for the 2013 Statewide Research Symposium.
“Most recently, Veronica worked with the Music Industry Recording Arts program at St. Petersburg College as Academic Staff Assistant and American Stage Theatre Company as Education Associate. She is also the Artistic Director of St. Petersburg Shakespeare Festival.”
This Saturday, Matthews chats with Rare Book Cafe producer Allan Smith and co-host Lindsay Thompson. It’s a fun, freewheeling chat!

Rare Books Cafe is sponsored by the Florida Antiquarian Book Fair. It’s broadcast every Saturday from 2.30 to 3.30 pm EST and features interviews, panel discussion and stuff you can learn about book collecting whether you are a regular at Sotheby’s or just someone who likes books. The program airs live on Rare Book Cafe’s and the Florida Antiquarian Book Fair’s Facebook page; the Book Fair Blog, and the Book Fairs YouTube channel. Shows are archived on YouTube and can also be viewed on the Facebook pages and the blog after their first run.Hosted by Miami book dealer, appraiser and WDBFRadio.com’s Bucks on the Bookshelf radio show creator Steven Eisenstein, the program features a revolving set of cohosts and regular guests including Thorne Donnelley of Liberty Book Store in West Palm Beach, Florida; Lindsay Thompson of Charlotte’s Henry Bemis Books; miniature books expert Edie Eisenstein; and program creator/producer T. Allan Smith.Rare Book Cafe program encourages viewer participation via its interactive features and video: if you've got an interesting book, join the panel and show it to us! If you’d like to ask the team a question or join us in the virtually live studio audience for the program, write us at rarebookcafe@gmail.com.
at 8:32 AM