"Bookstagrammers"- They're a thing now. Find out more on Rare Book Cafe Saturday! 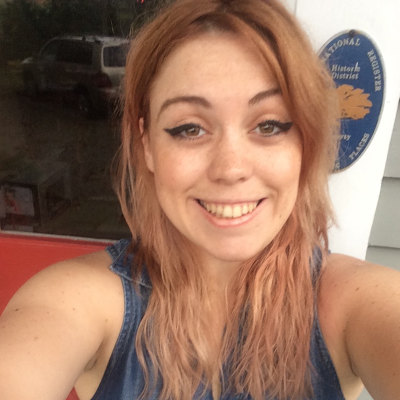 You’ll have a chance to meet her this Saturday, January 20, when Rare Book Cafe welcomes Lynch to our table at 2:30 pm EST. We're delighted she could reschedule with us after illness derailed a planned December visit!

The New Haven, Connecticut dealer writes with a sure eye for words that convey all the sensations of discovering, acquiring, and reading a book:

There is no other book like this one. That's how you should feel about every book that you own.With my Library and Information Science degree and my work history in all facets of the world of books, including my antique and rare book dealings to my library and archives experience, along with all the old or new books I have read and bought just so I could own them, I've known and believed this for ages. Still, only certain people get it. Your bookshelves should be beautiful to you, breathe history--yours or others, should reflect what you love. Buying a book you are looking to own the way it made you feel when you read it, what it made you think. They are a part of you, the books that connect to you in that deep way, the ones you want to own instead of borrow. The bookshelves you have, or cases displayed, or the piles you have spread all across the room, these should catch eyes, pull stares, and express in a fully unique way what you love to read because this expresses you.This is what I've tried to do here as both a photographer and writer--to show the specialness of each and every book, so you can see yourself there, even a little bit…

Lynch is one of a new breed of online sellers. In September, Publishers Weekly explained them as people “ sharing literary recommendations on a variety of social media platforms. Instagram remains the dominant outlet, and these new influencers are popularly referred to as bookstagrammers.“While this movement began with spontaneous expressions of love for particular titles, it has become a serious part of every publicist’s media outreach. “We really value what bookstagrammers are doing,” said Meagan Harris, who worked on Ware’s campaign as the publicity manager at Scout Press.”

Some bookstagrammers are advocates for authors, or titles. Others, PW notes, have evolved in a more traditional direction:

Other platforms have also provided fertile ground for book clubs. Actress Emma Watson founded the feminist book club Our Shared Shelf at Goodreads in January 2016. Her first pick was Gloria Steinem’s 2015 memoir, My Life on the Road. The Our Shared Shelf community of readers has grown to more than 204,000 members. This spring, actress Kim Williams-Paisley launched a book club on Facebook and Instagram. In July, she recommended E.B. White’s novel Stuart Little to her 137,000 followers.In March, actress Emma Roberts and producer Karah Preiss launched Belletrist, an online book club with a website, Tumblr blog, email newsletter, and Instagram page, that invites members to “discover, read, and celebrate a new book every month.” Megan Fishmann, associate publisher and director of publicity for Counterpoint Press and Soft Skull Press, noticed that a Belletrist post had mentioned the work of Eve Babitz. Counterpoint was about to reissue Sex & Rage—a 1979 novel by the Los Angeles author—so Fishmann reached out to the book club. In July, Belletrist featured the book across all its platforms.Babitz found the whole experience “thrilling,” finding readers of a new generation and through new channels. “The response has been astounding. Readers meeting [Sex & Rage protagonist] Jacaranda and 1970s Los Angeles in 2017 and having such a positive reaction to her means everything to me,” Babitz said.Oprah Winfrey is the patron saint of these 21st-century book clubs. Between 1996 and 2010, Winfrey led her own book club on the Oprah Winfrey Show on ABC, and a Winfrey selection was a ticket to the bestseller list. Winfrey still runs Oprah’s Book Club 2.0, the digital incarnation of her old book club; these literary conversations now happen on the smaller outlets of Winfrey’s OWN and online and pack a smaller punch than her original recommendations.

Bookstagrammers help in that they get images of your book cover out there (and they make them look so pretty!), and readers need to see a book a couple of times, in a couple of different places, before they are inclined to buy it. According to the marketing Rule of 7, a consumer needs to be touched seven times before they commit to buying a product," explained author Brenda Janowitz whose latest novel, The Dinner Party, was released last year.

"Bookstagrammers give that to authors, showcasing their work multiple times. When readers see the same books pop up in their feed over and over again, it makes it appear like the book is in high demand, and that this book is something that everyone’s talking about. And everyone wants to be reading the book that everyone’s talking about.”According to conversations with authors, publishers and book marketers, between 2014 and 2015 Instagram became one of the more prolific social platforms for readers to connect with new books, through the handful of bloggers who saw the utility of the platform—now referred to by themselves and by publishers collectively as bookstagrammers.


We enjoy the support and encouragement of these booksellers:A Bric-A-Brac in Miami;  Little Sages Books in Hollywood, Florida; Liberty Books in Palm Beach Gardens; As Time Goes By, in Marion, Alabama; Quill & Brush in Dickerson, Maryland; Lighthouse Books in St. Petersburg; The Ridge Books in Calhoun, Georgia; and Henry Bemis Books in Charlotte.

Rare Book Cafe program encourages viewer participation via its interactive features and video: if you've got an interesting book, join the panel and show it to us! If you’d like to ask the team a question or join us in the virtually live studio audience for the program, write us at rarebookcafe@gmail.com.
at 12:11 PM