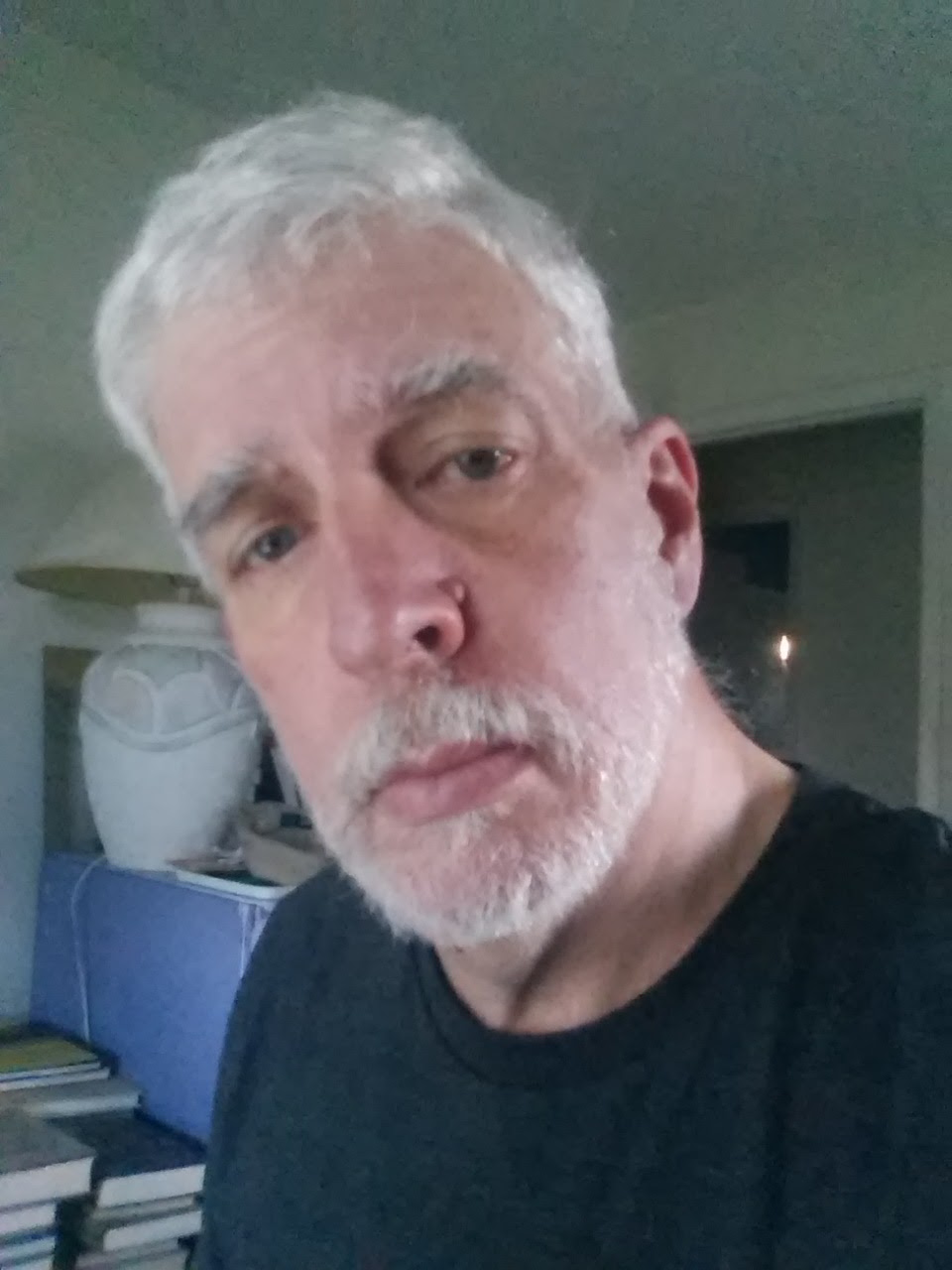 Even more inexplicably, within three weeks he was a co-host.

Notwithstanding that whiff of being a Jonah, RBC’s creators kept him on, and the bowtie guy will be back on the air when Rare Book Cafe returns December 3, or until he causes another extinction event.

No one suspected he’d turn out this way. As his great-aunt Lula cried, on learning he was going to law school, “He was such a nice boy!”

Lindsay is a North Carolina native who left about as soon as the ink was dry on his college diploma and didn’t come home for thirty years (when his parents’ birthday greeting was read over the air on A Prairie Home Companion in 1981, host Garrison Keillor added, “I wanna tell you, ladies and gentlemen...that young man...has gone about as far away from home...as he can get”).

After graduating from St Andrews Presbyterian College with a degree in politics, he earned a graduate degree in philosophy, politics and economics at the University of Oxford, then went to Lewis & Clark Law School in Oregon.

Deciding four degrees would be show-offy, he settled into practicing law. After 25 years handling thousands of lawsuits, and hundreds of trials and appeals, he walked away in 2006 and has been a recovering lawyer ever since. He made and lost a paper fortune in the turn-of-the-century Internet boom and bust; he’s also noted for having won the acquittal of  a United Methodist Church lesbian minister without speaking a word in the all-clergy court.

Thompson spent some time in the shipping business, and running a homeless shelter, before deciding, just for the novelty, to try the one thing he’d always wanted to try: selling books. After all, he’d spent most his life in libraries, and says he read, in a 1995 LA Times story that began, “Every bookstore owner I've met got into the business after trying something else.”He opened Henry Bemis Books online in 2015, naming it for the hero of the 1953 Lynn Venable scifi story, “Time Enough At Last.” The story was later made into one of the most famous episodes of “The Twilight Zone.” Thompson sells 19th and 20th century works, focusing on autographed and first editions, and North Carolina history.

On the side, Thompson has run a blog about life, the universe, and everything- Waldo Lydecker’s Journal- since 2007. While most of the reader comments on it involve mail-order male enhancement products from Bangladesh and how to make money turning chemtrails into gold, others have blurbed,

"If Steinbeck, David Foster Wallace, and Hunter Thompson colluded on an essay describing this moment, it would sound something like this. Long, but the most amazing post I've ever read. Belongs somewhere besides facebook, but I'll take it where I can get it. The author, no big surprise to me, is a fellow alum from St. Andrews. You'll look and say it's too long, but just read a few sentences and stop if you can.

"I never fail to be both amazed and amused by Lindsay's ability to string together the English language in such a way as to provide insight, perception, and wit with a single stroke of the pen...er, keystroke. Anyway, his brilliance is bigly."


"I find your comments hilarious. You have a wicked sense of humor and we both dislike the same people. You remind me of three other NC guys; Gurganus, Sedaris, and Edgerton. If you haven't written a book, you need to."


Having acted a little, Lindsay is pleased to return to weekly television, playing the role of a knowledgeable book dealer, on Rare Book Cafe.
at 2:26 PM