As one author asked, “You don't need to have big hairy feet to read The Hobbit, why should you be gay to read a gay book?” 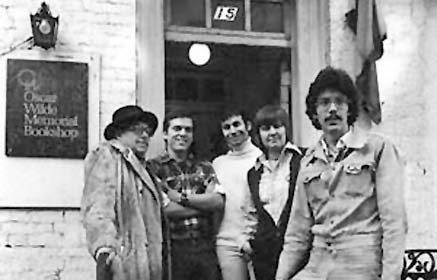 The Oscar Wilde Memorial Bookshop opened in New York in 1967. Pictured here, left to right, is playwright Tennessee Williams, owner Craig Rodwell, Bruce-Michael Gelbert, Karol Lightner & Tim Lennox. A conspicuous landmark with large, often-shattered display windows, the store was a leader in LGBT literature until the pressures of online retailing and the Great Recession drove its owners to close in 2009.


Rare Book Cafe’s October 21 program observers LGBT History Month with a look at learning about, and collecting in, a literary genre that encompasses innumerable subgenres and the work of authors stretching back over two millennia, and as rich and varied as it is unknown to most collectors.

We’ll be touching on leading authors and their works; the role of private collectors of books, periodicals and other material that was subject, for decades, to government confiscation on the whims of postal inspectors and the denunciations of freelance censors. Later, donated, their curations became the foundations of great collections in the libraries of every serious research college and university in America.

The role of LGBT book clubs and bookstores in the rise of the gay rights movement over the last half-century cannot be underestimated; from the first stores opening the 1960s- wondering if there were enough books and periodicals to fill the shelves- to today, when online shopping and a degree of mainstream assimilation has squeezed many out of business, it’s a story of an American identify many labored long- and still do- to silence.

Uniquely accessible and affordable for the beginning collector, yet with plenty of unicorns of inestimable value, LGBT lit is a fascinating field. At the Cafe’s table to discuss it will be three experts: 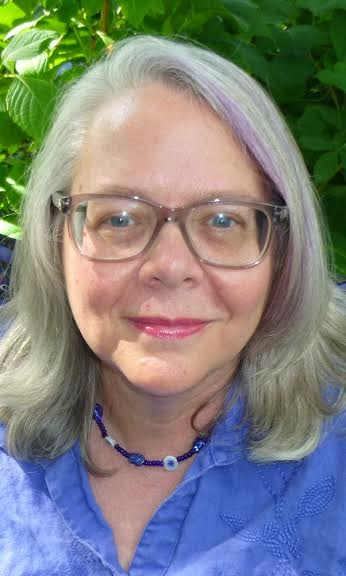 “The Circuit,” which is now Chapters 1—3 of Lum, in slightly different form, was published in Feminist Studies. She belongs to a writing group that has met for nearly twenty years. She is a fellow of The Hambidge Center for Creative Arts and Sciences. She lives in Atlanta with her two dogs, Tilly and Robin, and her wife, Charlene Ball. 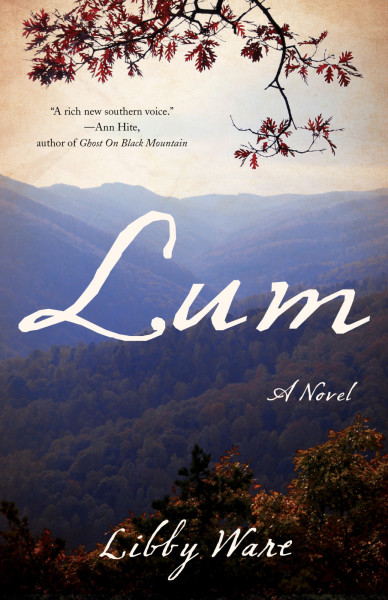 Together, they are at work on the premiere volume of a detective series, called Murder at the Estate Sale. It’s about two female booksellers who find a local book thief dead in the basement of a house where an estate sale is taking place. At the same time they are trying to figure out who murdered him, they are looking for a book on black magic that they suspect is related to the murder.

Toadlily Books is Ware’s business base in Atlanta. She focuses on antiquarian books across the fields of African-American literature; art and photography; books about books; LGBT works; natural history; Southern writing; and travel books.

-Co-host Kara Accettola’s expertise in books and book-related ephemera is both deep and wide, and one of her concentrations is in LGBT materials. It is a rich field for exploration given the community’s long marginalization in American society.

-Cafe co-host Lindsay Thompson, owner of Henry Bemis Books in Charlotte, has been active in LGBT rights issues for a quarter-century. In a previous life as a lawyer, he represented gay businesses and individuals in business and litigation matters. One of his main bookselling interests is LGBT fiction and history; Henry Bemis Books regularly features books in those and related genres, as well as popular birthday profiles of LGBT authors.

Co-hosts Thorne Donnelley, and Steve and Edie Eisenstein, will cover new arrivals, miniature books, and news of the rare book world in the program’s second half.

Rare Book Cafe is streamed by the Florida Antiquarian Book Fair every Saturday from 2.30 to 3.30 pm EDT. We feature interviews, panel discussion and stuff you can learn about book collecting whether you are a regular at Sotheby’s or just someone who likes books.The program airs live on Rare Book Cafe’s Facebook page, and remain there after the show.
The program’s regular guests include Miami book dealer, appraiser and WDBFRadio.com’s Bucks on the Bookshelf radio show creator Steven Eisenstein, Thorne Donnelley of Liberty Book Store in Palm Beach Gardens, Florida; Lindsay Thompson of Charlotte’s Henry Bemis Books; miniature books expert Edie Eisenstein; ephemera expert Kara Accettola; and program creator/producer T. Allan Smith.We enjoy the support and encouragement of these booksellers: Little Sages Books in Hollywood, Florida; Liberty Books in Palm Beach Gardens; As Time Goes By, in Marion, Alabama; Quill & Brush in Dickerson, Maryland; Lighthouse Books in St. Petersburg; The Ridge Books in Calhoun, Georgia; and Henry Bemis Books in Charlotte. Rare Book Cafe program encourages viewer participation via its interactive features and video: if you've got an interesting book, join the panel and show it to us! If you’d like to ask the team a question or join us in the virtually live studio audience for the program, write us at rarebookcafe@gmail.com.
at 12:19 AM