Our First Non-Promo: the Cafe Cancels A Show 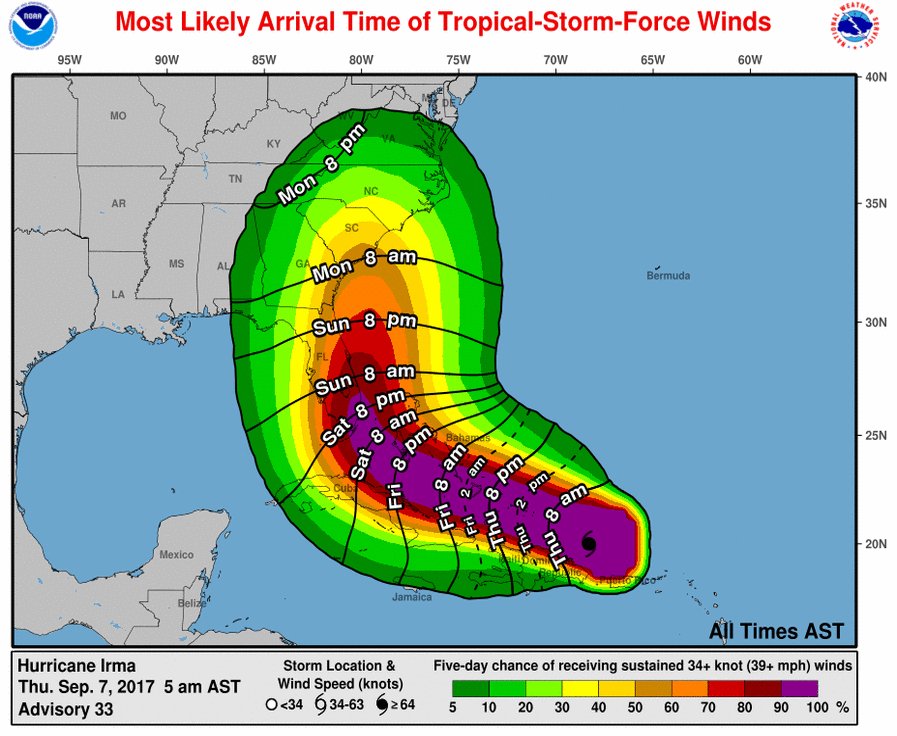 Literature's Irmas are a tough lot.

There's Irma Bunt, who in On Her Majesty's Secret Service tried to kill James Bond by nicking his cheek during a shave with a razor dipped in Japanese puffer fish poison. Bond, of course, shot her.

Everyone remembers Irma Lair as the class clown of the animated series W.I.T.C.H., but she had a destructive superpower: the ability to see visions in, and manipulate water.

Irma Pince, the "underfed vulture" who guarded the Hogwarts library through the entire Harry Potter series, was another tough old bird, so devoted to not lending books that when Dumbledore agreed to make a facsimile of Quidditch Through The Ages, she was struck by a sudden paralysis and he had to pry the volume loose from her grip.

So it's no surprise an Irma has forced Rare Book Cafe to evacuate our Saturday time slot. Two of the Cafe team are at ground zero in Miami Beach; three more are weighing options dependent on how bad it looks in their Florida locations.

Irma seems intent on leaving no one out: even co-host Lindsay Thompson- 730 miles north of Miami, is under a state of emergency covering all of North Carolina. 60 mph winds and half a foot of rain is expected Monday or Tuesday.

So it's clear- and easy to figure- that everyone- including half our regular viewership- has got more pressing things to deal with. We plan to return next Saturday, September 16.

Please, everyone, keep our friends in mind.

Rare Book Cafe is streamed by the Florida Antiquarian Book Fair every almost every Saturday from 2.30 to 3.30 pm EDT. We feature interviews, panel discussion and stuff you can learn about book collecting whether you are a regular at Sotheby’s or just someone who likes books.

Rare Book Cafe program encourages viewer participation via its interactive features and video: if you've got an interesting book, join the panel and show it to us! If you’d like to ask the team a question or join us in the virtually live studio audience for the program, write us at rarebookcafe@gmail.com.