Saturday on the Cafe: As E.B. White reminds us, "Everything in life is somewhere else, and you get there in a car." 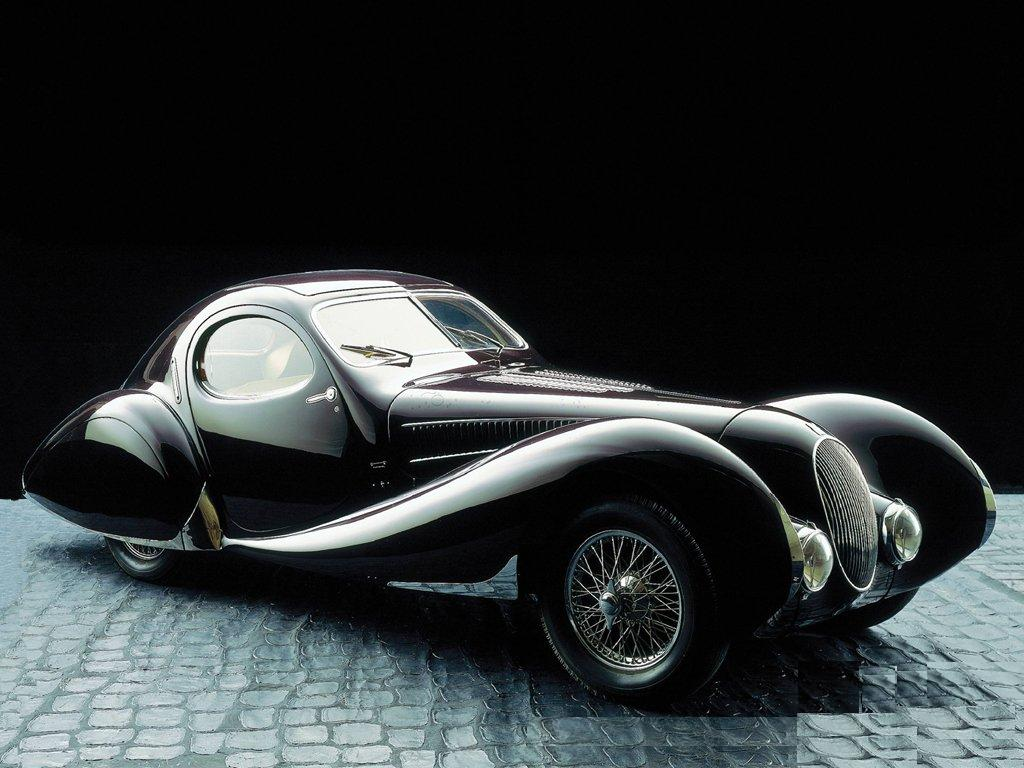 
If not the first appearance, author Andrew Taylor says one of the first sightings of an automobile in literature came 109 years ago, thanks to a British writer:


" ... far behind them they heard a faint warning hum, like the drone of a distant bee. Glancing back, they saw a small cloud of dust, advancing at incredible speed, while from out of the dust a faint 'Poop-poop!' wailed like an uneasy animal in pain."
Published in 1908, the year Henry Ford produced the Model-T, The Wind In The Willows also featured the first literary car theft by Toad, who sets forth on a series of misadventures: "'There cannot be any harm,' he said to himself, 'in my only just looking at it! ... 'I wonder,' he said to himself presently, 'I wonder if this sort of car starts easily?"' 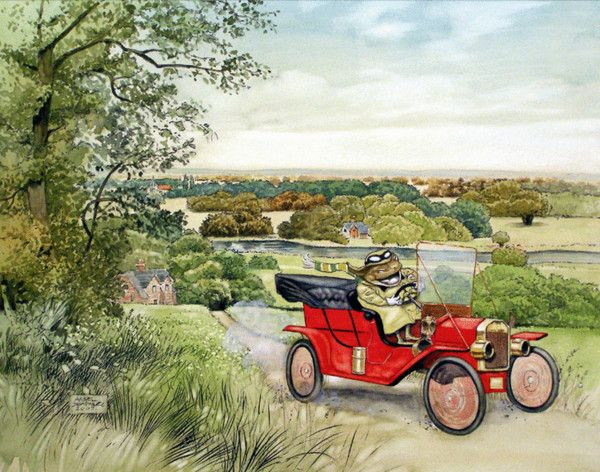 Cars drive plots as well as people. However, the American car "has always been more than just transportation: it is status, success, dreams, adventure, mystery and sex," writes Roland Primeau in Romance Of The Road: The Literature Of The American Highway.
Think of Gatsby’s 1928 Rolls Tourer. In F. Scott Fitzgerald's The Great Gatsby, the Rolls-Royce that kills Myrtle Wilson began a series of events that lead to Gatsby's death, literary scholar Paul Ryder says. "If you take the motor car out of texts such as The Great Gatsby, the wheels literally fall off the text - you don't have The Great Gatsby without a motor car."
He also points to the car crash in E.M. Forster's A Passage To India as foreshadowing a subsequent court case that goes wrong. A car crash can be "symptomatic of a breakdown in relationships", he says. "When cars crash, look out for other things crashing as well."
Take J.G. Ballard's Crash. His aim was to write the first pornographic novel based on technology.

"He describes the book as an extreme metaphor for an extreme situation," says Dr Rebecca Johinke, a lecturer in the Department of English at the University of Sydney. "It's both a warning about the dangers of technology and about society's values in what was the 1970s and a brave examination of sexuality."
Humbert Humbert’s fantasies culminated in his and Lolita’s escape in his Melmoth: a name teeming with literary footnotes (Nabokov got it from an 1820 Irish gothic thriller, Melmoth the Wanderer, about a man who sold his soul for another 150 years of life and, finding it intolerable, roved the globe seeking someone to assume the contract. The author, Charles Maturin, was Oscar Wilde’s great-uncle; during his post-prison exile, Wilde wandered Europe as Sebastian Melmoth. John Banville’s 1989 The Book of Evidence features the theft of a car from Melmoth’s garage).


Tom Swift, the boy inventor, had his Electric Runabout by 1910, and was getting held up already: Nancy Drew wasn’t just a plucky teen detective- she had a car, in the 1920s, when most Americans still rarely saw one.


The auto has spawned whole genres of literature. The road trip tale: Jack Kerouac was on the road with a 1937 Ford, a 1947 Cadillac limo, and a 1949 Hudson Commodore.


The cars that come alive, a la Stephen King’s 1953 Buick Roadmaster, and the 1958 Plymouth Fury, Christine. 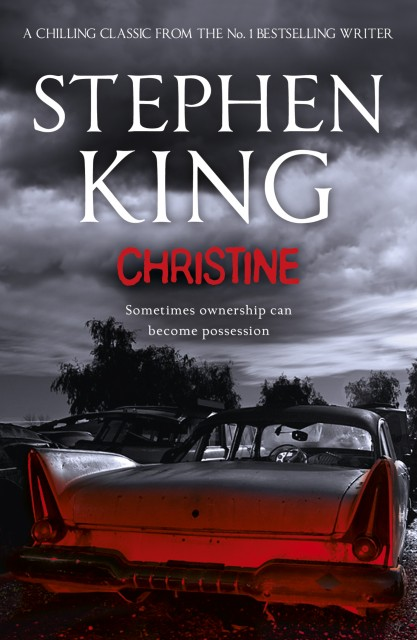 Rolling the dice to save their company, 1950s Ford Motor Company consulted the renowned poet, Marianne Moore, for the name of their new car. The vice president who hired her saw the task in aspirational, literary terms:


We should like this name to be more than a label. Specifically, we should like it to have a compelling quality in itself and by itself. To convey, through association or other conjuration, some visceral feeling of elegance, fleetness, advanced features and design. A name, in short, that flashes a dramatically desirable picture in people's minds. 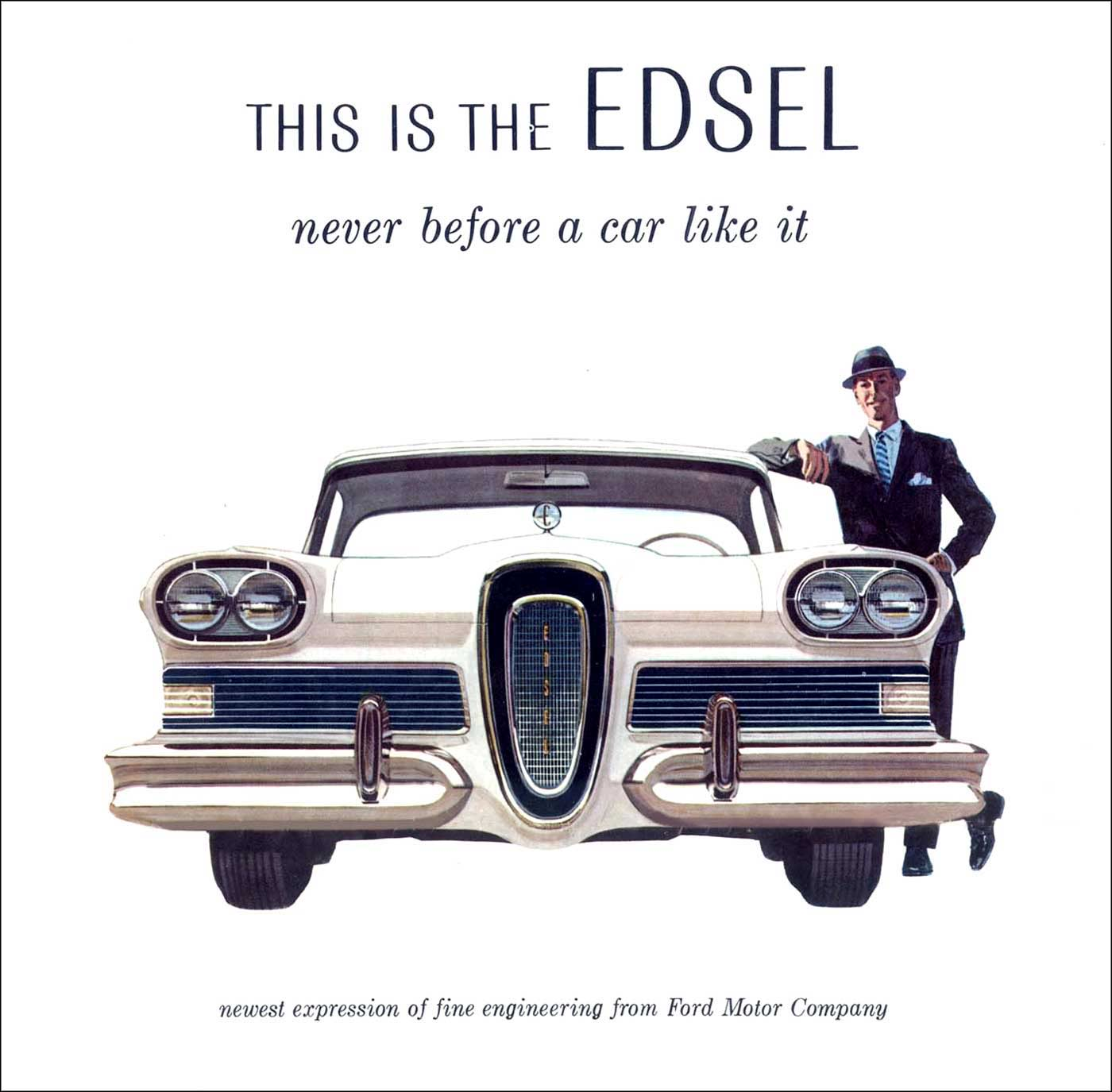 Rare Book Cafe is streamed by the Florida Antiquarian Book Fair every Saturday from 2.30 to 3.30 pm EDT. We feature interviews, panel discussion and stuff you can learn about book collecting whether you are a regular at Sotheby’s or just someone who likes books.The program airs live on Rare Book Cafe’s Facebook page, and remain there after the show.Hosted by Miami book dealer, appraiser and WDBFRadio.com’s Bucks on the Bookshelf radio show creator Steven Eisenstein, the program features a revolving set of cohosts and regular guests including Thorne Donnelley of Liberty Book Store in Palm Beach Gardens, Florida; Lindsay Thompson of Charlotte’s Henry Bemis Books; miniature books expert Edie Eisenstein; ephemera expert Kara Accettola; and program creator/producer T. Allan Smith.


We enjoy the support and encouragement of these booksellers: Little Sages Books in Hollywood, Florida; Liberty Books in Palm Beach Gardens; As Time Goes By, in Marion, Alabama; Quill & Brush in Dickerson, Maryland; Lighthouse Books in St. Petersburg; The Ridge Books in Calhoun, Georgia; and Henry Bemis Books in Charlotte. Rare Book Cafe program encourages viewer participation via its interactive features and video: if you've got an interesting book, join the panel and show it to us! If you’d like to ask the team a question or join us in the virtually live studio audience for the program, write us at rarebookcafe@gmail.com.
at 12:21 PM