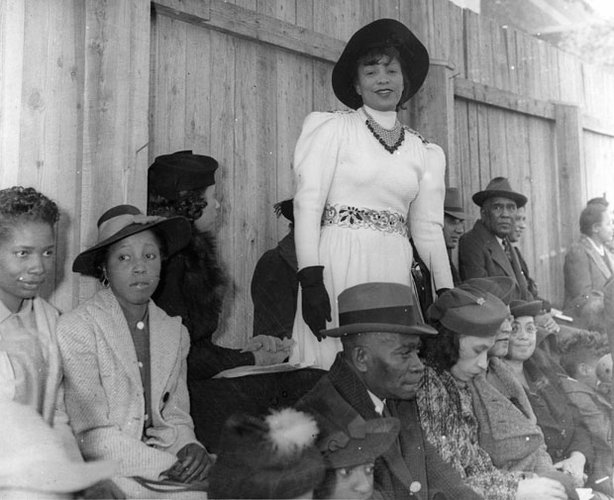 
The Hurstons were preachers in Alabama, her father and grandfather both. When Zora was a toddler the family moved to Eatonton, Florida, an all-black town she credited for giving her a sense of the possibilities of life outside the larger Jim Crow world. She used that idyllic setting as inspiration in more than one of her novels.


Getting to be a novelist was no small task, though. When Hurston was four, her mother died. Her father- by then a bigwig in Eatonton, and pastor to its largest church- remarried in what most thought unseemly haste. The stepmother was generally thought to have been Rev Hurston’s mistress.


Her father packed Zora off to a boarding school, where she thrived until he stopped paying her school fees and she was expelled. It took her until age 26 to get her high school degree; she landed a place at Howard University and, while there, co-founded the student newspaper. But the money ran out again, and she left in 1924, making her way- almost penniless- to New York City and the literary salons of Harlem. There she met another African-American woman writer, Dorothy West, with whom she had shared first prize in a magazine’s writing contest.


Having learned the tools of survival, Zora knew how to work a room, and soon counted Langston Hughes, Countee Cullen and most of the other Harlem Renaissance writers as friends and mentors. She so impressed a Barnard College trustee at a party that she was offered a scholarship. The only black student in the school, she studied anthropology under Franz Boas and alongside fellow student Margaret Mead.


With her BA in hand- at 37- Hurston embarked on two years’ graduate study at Columbia University. Between 1928 and 1932 she did extensive field research in the rural South, work that provided material for her first novel, Jonah’s Gourd Vine (1934), and an academic study, Mules and Men (1935).


The latter helped her win a Guggenheim Fellowship in 1937, and she spent a year in Jamaica and Haiti, studying voodoo and zombie religious cults. Her best-received, and most-remembered, novel, Their Eyes Were Watching God, came out in 1937.


Two more books- Moses, Man of the Mountain, and Tell My Horse- appeared by decade’s end. Moving back and forth between fiction and anthropology was just two sides of the same coin to her: “Research is formalized curiosity. It is poking and prying with a purpose.”


Hurston wrote several musical revues in the Thirties, including one, with Langston Hughes, that ran for one night on Broadway. In 1934 she opened a dramatic arts school in a black college in Florida. She taught for a time at what is now North Carolina Central University. She married twice: first, to a Howard classmate, first, in 1927; they split after a few months and divorced in 1931. In 1939 a marriage to a man 25 years her junior ended after seven months. “Love,” she wrote, “I find, is like singing. Everybody can do enough to satisfy themselves, though it may not impress the neighbors as being very much.”


The advent of World War II dried up the WPA funding that kept many small minority owned magazines alive, and support for writers. Hurston moved into freelance journalism. In 1947-48 she spent a year on an anthropological study in Honduras, only to be embarrassed by a trumped-up scandal in which she was accused of mistreatment of a ten-year old boy. While she was able to show she was out of the country at the time the offense allegedly occurred, it dented her reputation. She published her last novel, Seraph on the Sewanee, in 1948.


After she covered a 1952 interracial murder trial in Florida in 1952,  her freelance work dried up; she spent some time at the Pan American World Airways Technical Library, only to be fired to being too well-educated for the job. Returning to Florida, she worked as a maid her last few years. Her papers were saved from burning by the happenstance intervention of a friend after she died in a Florida welfare home in 1960.


Hurston’s star-already well down in the firmament in her last decade- fell below the horizon after her passing. Critics abounded. Some thought her novels stylistically barren, reading more like her books on anthropology. Others faulted her sensationalization of voodoo rites; still others found her carefully reproduced dialect speech embarrassing and condescending to blacks.


Richard Wright, the preeminent black writer of her day, dismissed her work as formless and quaint. Textualists found evidence she manufactured scenes and dialogue that she passed off as true, and several times reused the writing of others as her own. Her last book, which dealt with “southern white trash”, was dismissed in some quarters as a relic of American anthropology's embrace of eugenics in the 1920s.


It didn’t help that Hurston was a Southern black Republican of the Booker T. Washington school; she wrote articles faulting The New Deal for creating a culture of dependency among African-Americans, and argued that integration, post-Brown v. Board of Education, would do little to improve educational opportunities for black children, a view the subsequent white flight to private academies and charter schools has proved not entirely misplaced.


Unlike Dorothy West, who, as a newspaper columnist on Cape Cod, lived long enough to be rediscovered, Hurston’s critical rebirth was too late coming. The writer Alice Walker erected a monument to her in the segregated cemetery where she was buried in an unmarked grave; a new generation of scholars reappraised her work after Walker published an article about her in Ms- “Looking for Zora”-in 1975. Hurston’s harsh portrayals of Southern life- which made Southerners deny and Northerners squirm- came to be seen in light of a broader historical record. But for a few turns of chance, she could have been a bestseller in her lifetime. 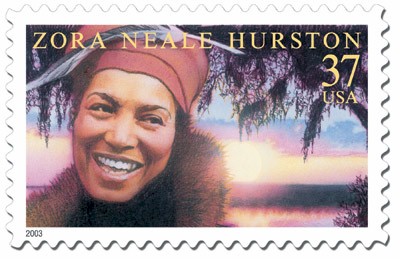 New editions of her work came out in the late 1970s. Today she enjoys a prominent place among 20th-century writers; Eatonton, Florida honors her with a yearly arts festival centered around the museum that bears her name. The US Postal Service honored her in 2003; in 2005, Oprah Winfrey produced a film version of Their Eyes Were Watching God. She was given a Google Doodle for her 2013 birthday.