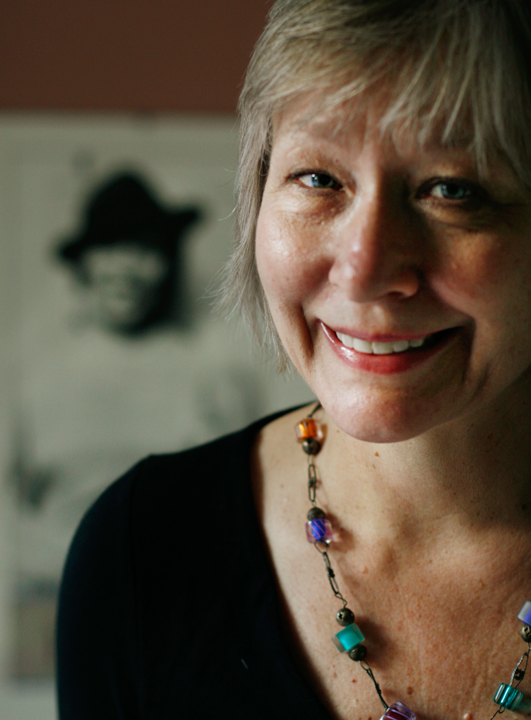 This week’s Rare Book Cafe is documentary filmmaker Kristy Andersen. She’ll be joining host Steven Eisenstein and his cohosts in a chat about her work unearthing the literary past in Florida.


Andersen- perhaps best known for her documentary on the African-American writer Zora Neale Hurston- which appeared as part of PBS’ American Masters Series in 2008- is also at work on one about the Beat Generation writer Jack Kerouac’s years in Florida, as well as one on HIV survivors.


Her first documentary, Bay Bottom Blues, was nominated for an Emmy in 1985 and put the oomph in an effort to clean up pollution in Tampa Bay. She writes,


After that film I began a newsletter, Bay Bottom News, to help raise money and support for my next film, Tampa Bay Oasis.   While I had previously emphasized the problems in Tampa Bay, I thought it would be good to focus next on the marine life in Tampa Bay.  So I spent an entire year with a terrific film crew, following birders, fishermen, scientists, and environmentalists, all working to document and preserve the bay’s manatees, dolphins, sea and shore birds, alligators, clams, sponges, fish, and all the creatures in the bay.  Bay Bottom News then became the name of my corporation.More environmental documentaries followed.  Shifting Sands explored Florida’s eroding shoreline.  But it was Sea Turtles Last Dance that holds a special place in my heart.  That film brought to light the problems facing the endangered kemps’ ridley turtles, whose future rested solely in the hands of Congress and commercial shrimp trawlers.  My EMMY award-winning documentary, broadcast nationwide, used rare 1947 archival footage to show the turtles’ drastic decline from that time to its contemporary numbers.  The film prodded legislation two years later to protect the turtles, ordering shrimpers to take measures and change their fishing gear.  The turtles numbers have been slowly gaining ground, but they still face obstacles and hurdles.


Andersen’s Hurston film, about the Harlem Renaissance writer whose fame so completely eroded that when she died, she was buried in an unmarked pauper’s grave, took eighteen years to complete and cost over a million dollars. But its 2008 broadcast on PBS met with rave reviews.


More on Andersen’s work can be found at her production company website, Bay Bottom News. Earlier this week she sat down with Rare Book Cafe cohost Lindsay Thompson for a preview conversation at RBC’s Facebook page.

Rare Books Cafe is a weekly Internet television production sponsored by the Florida Antiquarian Book Fair. It’s broadcast every Saturday from 2.30 to 3.30 pm EST and features interviews, panel discussion and stuff you can learn about book collecting whether you are a regular at Sotheby’s or just someone who likes books.The program encourages viewer participation via its interactive features and video: if you've got an interesting book, join the panel and show it to us! If you’d like to ask the team a question or join us in the virtually live studio audience for the program, write us at rarebookcafe@gmail.com.Regular co-hosts include Thorne Donnelly, owner of Liberty Book Store in West Palm Beach; Steven Eisenstein, longtime Miami-area dealer and appraiser and host of the weekly radio program Buck$ on the Bookshelf at wdbfradio.com; T. Allen Smith, retired journalist, bookseller, and the show’s creator/producer; and Lindsay Thompson, owner of Henry Bemis Books in Charlotte, North Carolina.Rare Book Cafe can also be liked and shared on Facebook.Past episodes of the Rare Book Cafe are archived at the Florida Antiquarian Book Fair website, and on the Rare Book Cafe Channel at YouTube.
at 8:59 AM