Rare Book Cafe's January 28 show will get to the heart of matters with LA rare book dealer John Howell.


No one can accuse Howell of being heartless. He not only has one, he will sell it to you in a fortnight: 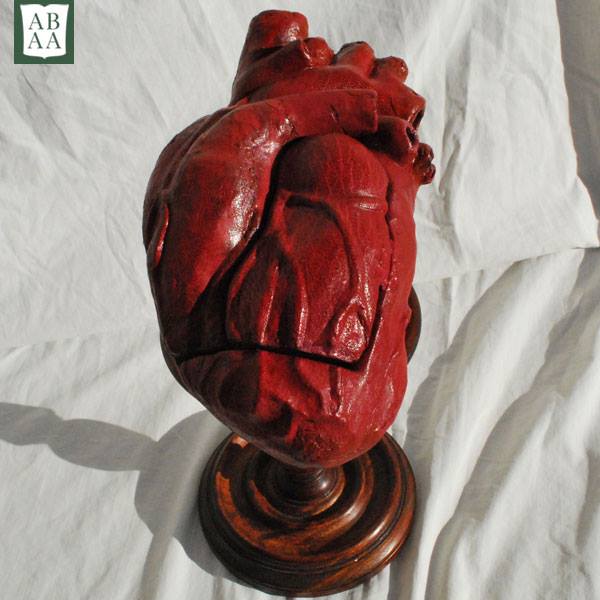 Jack the Ripper: A Bloody Alphabet. With Illustrations by Kristi Wyatt. Richards, Sean E. Norman, OK: Byzantium Studios Limited, 2014. Limited edition of 95 copies, this is one of 20, signed and numbered 14, and housed in a human-heart-shaped box, and includes a wooden anatomical specimen stand for display.


“I have been specializing in miniature books, fine press books, especially those of California presses, and have a mix of Limited Editions Club titles, as well as scholarly books in all fields and most Western Languages.  I also carry material on California and the West.  My catalog Number 1 was published in May of 2011 and included 113 books issued by the Book Club of California.  Since then I have been issuing occasional lists on California History, early printing, and a few miscellanies,” Howell reports on his website. 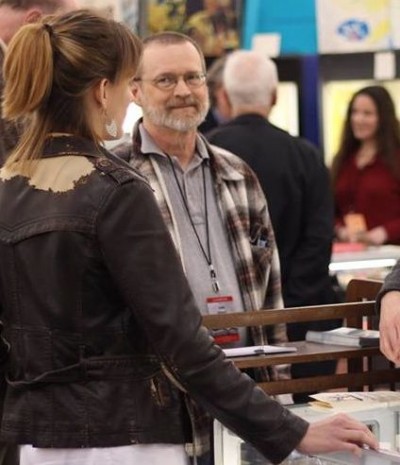 The model of a modern rare book seller, Howell does business online and at California book fairs. Among them, you’ll be able to find him at this year’s 50th California International Antiquarian Book Fair in Oakland, February 10-12, 2017 at Booth 914, heart and all.


On Saturday, Howell will show Rare Book Cafe viewers a number of rare works he plans to offer at the book fair, as well as discussing the latest developments in the story of AB 1570, California’s ill-considered and controversial rare book regulator’s law.


Saturday will mark Howell’s first appearance at the Cafe since it launched its second series in December 2016. He’s a graduate of California State University, Fullerton (European and Church History), and a Ph.D aspirant in American Colonial and Early Republic History at UCLA. Of the latter, he jokes he holds an ABD- “All But Dissertation, the bookseller’s degree!” (which calls to mind another hoary academic wheeze: “How many doctoral candidates does it take to change a lightbulb?” “One, but it will take forever”).


Howell got his start in the book trade with a five-year stint at Barnes & Noble. He moved into rare books as an eight-year cataloguer for Jeff Weber Rare Books before hanging out his shingle online in 2004.

Rare Books Cafe is sponsored by the Florida Antiquarian Book Fair. It’s broadcast every Saturday from 2.30 to 3.30 pm EST and features interviews, panel discussion and stuff you can learn about book collecting whether you are a regular at Sotheby’s or just someone who likes books. Hosted by Miami book dealer, appraiser and WDBFRadio.com’s Bucks on the Bookshelf radio show creator Steven Eisenstein, the program features a revolving set of cohosts and regular guests including Thorne Donnelley of Liberty Book Store in West Palm Beach, Florida; Lindsay Thompson of Charlotte’s Henry Bemis Books; miniature books expert Edie Eisenstein; and program creator/producer T. Allan Smith.
at 2:30 PM