It was said of Plato- and has since been applied to figures as varied as Samuel Johnson and Murray Kempton- that “In whatever direction we set out, we meet him on the way back.” 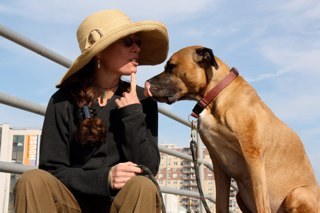 Editorial Director of the trade events site BookFairs.com and resident of Charleston, South Carolina, Gibson has done it all. She’s an occasional columnist for The New Antiquarian, the blog of the Antiquarian Booksellers Association of America. She’s an expert in bookbinding (ask about the Coptic and Japanese methods).

Gibson’s a graduate of New York University and the Colorado and University of Virginia Rare Book Schools. She’s worked extensively in corporate publishing both as  McGraw-Hill insider and a respected freelancer for Hearst and dozens of other publishing majors.

She launched her current ventures in 2014 after a decade as Director of Operations, Used Book Division and Manager, Rare Books Department for Barnes & Noble.

Rare Books Cafe is a weekly Internet television production sponsored by the Florida Antiquarian Book Fair. It’s broadcast every Saturday from 2.30 to 3.30 pm EST and features interviews, panel discussion and stuff you can learn about book collecting whether you are a regular at Sotheby’s or just someone who likes books. 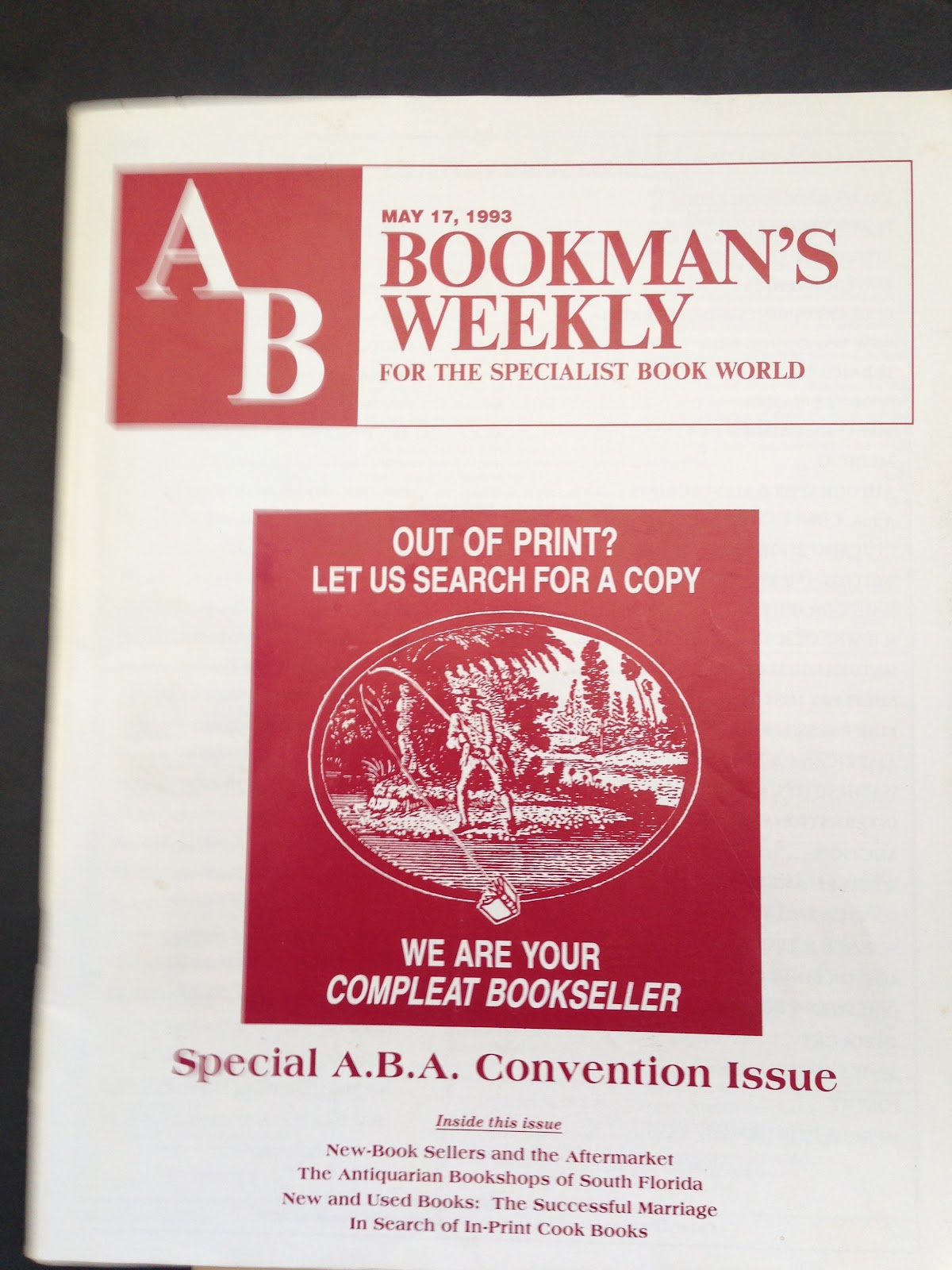 In addition to Gibson’s visit, the program will feature a segment on AB Bookman’s Weekly, a small trade publication that ran from 1948 to 1999. The New York Times wrote of it,

In the decades after World War II, the mail-order secondhand-book trade was a flourishing enterprise, and AB, founded in 1948, was its chief avenue of communication. Eagerly awaited, greedily pored over and tenderly dog-eared, the journal was almost certainly the only bound artifact that any of its 10,000 subscribers - rare-book dealers, librarians and private collectors - would have ever considered marking up.For 19 years, the Malkins ran the magazine from an office in downtown Newark where every horizontal surface, and many not-quite-horizontal ones, boiled over with centuries of books, papers and pamphlets. Sol. Malkin, who with the typographic exactitude of a cataloguer always spelled his nickname with a period, was AB's owner, editor and publisher. Mrs. Malkin was the administrative assistant, copy editor, proofreader, book critic and maker of coffee, which, for Mr. Malkin, had to be several parts cognac.Thick, digest-sized and printed on very cheap paper, AB offered trade news, gossip and articles about book collecting. But it was for the classified ads that the journal was prized. Through its Books Wanted and Books for Sale departments, AB united far-flung collectors with dealers around the world, any one of whom just might happen to have a long-sought title in stock. ("Wanted: Any books on horse named Cruiser by Rary, Brown or others, ca. 1870?" a listing in the issue of Jan. 3, 1953, read.)Some of the ads catered to highbrow tastes. In December 1953, a dealer in Milwaukee offered an early edition of Gertrude Stein's 1925 novel, "The Making of Americans," signed by Alice B. Toklas, for $12.50.Others spoke of baser needs. "Wanted: Spicy pulps of the 30's. Pep, Ginger, Paris Nights, Spicy Detective, Tattle Tales, etc.," a 1965 ad read.Still others were simply bewildering, like this one, from March 22, 1965: "Wanted: Anything on 'raining' of unusual objects - frogs, toads, fish, beads, etc. - falling or 'raining' from the sky."

Edie Eisenstein will talk about her rare Disney Tiny Theater set. The books were originally sold in beautifully lithographed boxes by Simon & Schuster with slip covers, in sets of 12. The three sets were Tiny Nonsense Stories (1949),Tiny Animal Stories (1948) and Tiny Disney Stories (1950). They were later done in single sets of 12 (with book numbers), 24 (non-Disney 1968) and 36 (all three sets 1964). 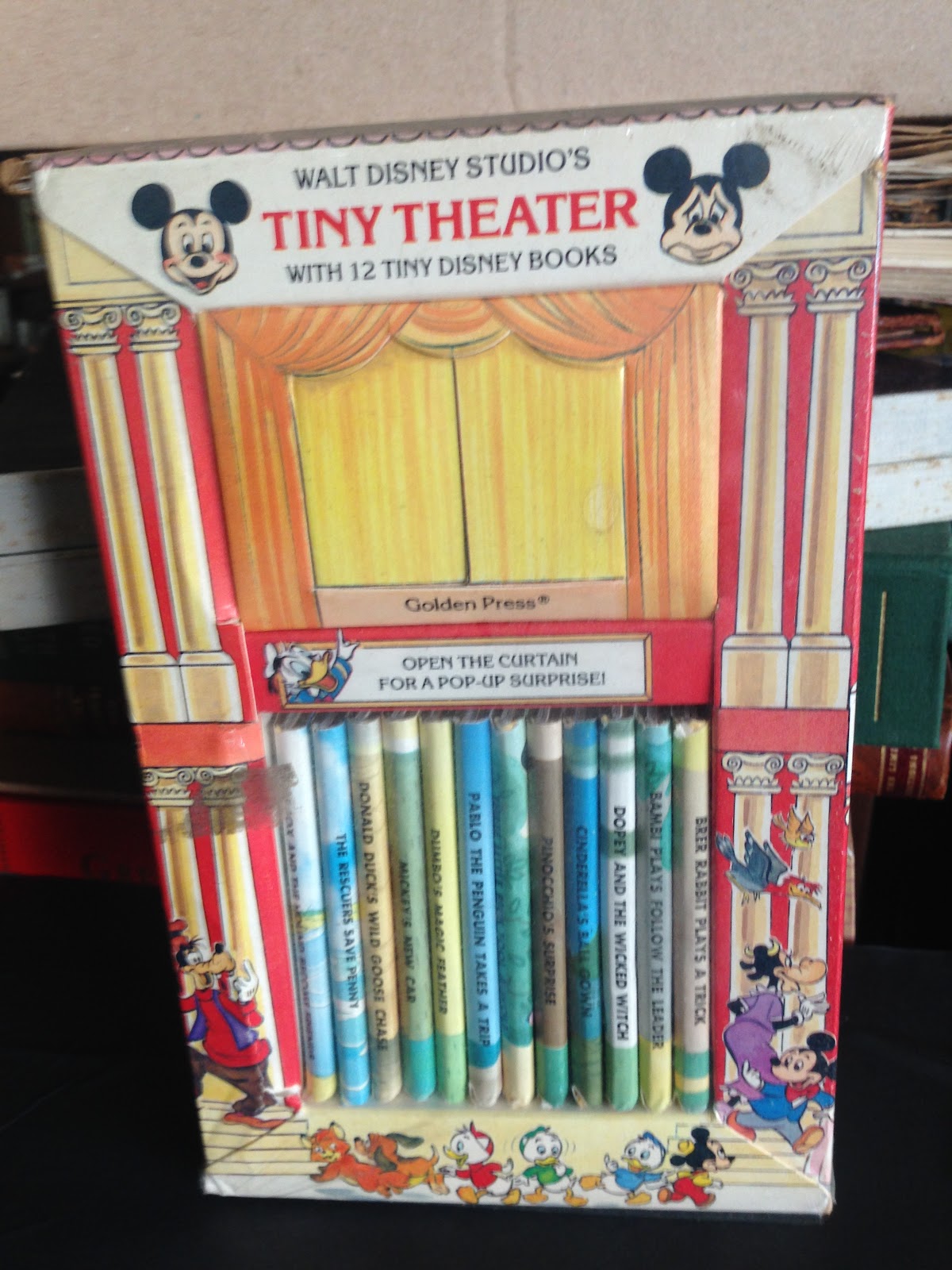 Co-host Thorne Donnelley will consider the many ways booksellers can sell these days- traditional stories, catalogue sales, online, book fairs (and he has tried them all).

Lindsay Thompson will take a minute to remember a forgotten American author who vanished in 1939, leaving behind this iconic modernist California home: Rare Book Cafe program encourages viewer participation via its interactive features and video: if you've got an interesting book, join the panel and show it to us! If you’d like to ask the team a question or join us in the virtually live studio audience for the program, write us at rarebookcafe@gmail.com.
at 5:12 PM